For Ed.L.D. candidate Mariel Novas, the first step to meeting the needs of a community — educational and otherwise — is to listen to its voices and maximize its resources.
By Emily Boudreau
January 3, 2019 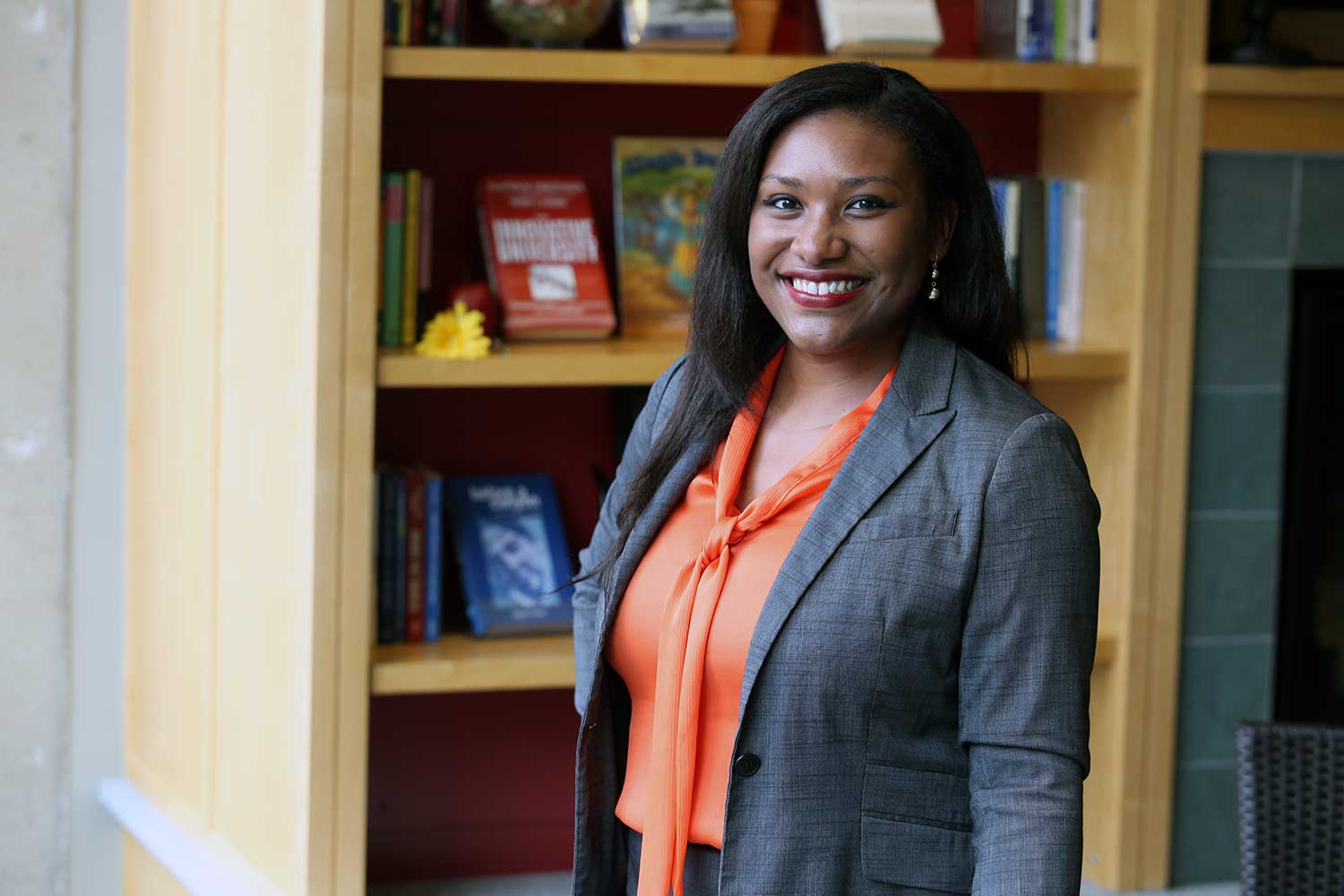 "Most central to my experience as a student has been my experience as an immigrant,” says Mariel Novas, a second-year Ed.L.D. candidate who moved to Boston from the Dominican Republic when she was five years old. Now, as a community organizer and a rising education leader in Boston, she continues to draw on that same experience, using it to fuel a career that elevates the voices and the resources of the district’s own neighborhoods.

As a young student in the Boston Public Schools, Novas always felt comfortable in her bilingual classrooms. “The Boston I knew then looked, felt, and sounded like me,” says Novas, “I was learning in both my native language and in English. I would go home to Jamaica Plain [her neighborhood in Boston], and I heard bachata or merengue playing in the streets and in homes; the bodegas in my neighborhood were run by friendly store owners who reminded me of my aunts and uncles back in the Dominican Republic.”

But when she entered private school outside of the city, Novas found herself an outsider looking in. At her new school, she became aware that she — an immigrant and non-native English speaker — was different from her peers. The power of belonging — and her awareness of what it felt like to lose the comfort of familiarity — has shaped her work ever since.

Recruited to Teach For America (TFA) after completing her undergraduate studies at Yale, Novas returned to Boston to work as a middle school ESL teacher, a manager of teacher leadership development, and, ultimately, the TFA Massachusetts director of district and school partnerships. Working with communities that resembled her own, yet had their own complexities, inspired her to design and launch the Homegrown Program for TFA Massachusetts, which recruits, cultivates, and supports teachers who want to return to the communities they grew up in.

“There needs to be an explicit focus at TFA, and frankly in any teacher prep program, that is dedicated to the cultivation of homegrown talent,” Novas says. “These programs need to deal with how we make sure that the students that we serve, that sit in the seats in front of us, grow up to become the educators in those same schools. How do we make sure we’re tapping in to the resources of our low-income communities?”

Getting a program in place proved challenging at first. Novas soon realized that teachers who were “homegrown” needed a different set of supports and resources. She also found herself defending the need for the program.

“I thought people would inherently understand [the message of the program] but I realized that people had different interpretations of it,” she says. “One of the things I heard was, ‘So are you saying that teachers who aren’t from the community can’t teach in the community?’ That’s not what I was saying at all. I think helping people see multiple truths at the same time is important. We are centering these folks, but we also want people who aren’t from these communities working in partnerships with them.”

In the Ed.L.D. Program, Novas continues to challenge the inequities at play in the education system and ensure that voices from marginalized communities are heard and supported. Last summer, she earned a Rappaport Public Policy Fellowship and worked with the Mayor’s Office for Immigrant Advancement to develop partnerships between Boston Public Schools, community organizations, and legal and medical professionals to better support the immigrant community, particularly undocumented immigrants.

“Every movement across history has been led by those directly impacted by the injustice at hand,” Novas says. “If programs like TFA and many others lack the leadership of those who know what it looks like and feels like and is like to be of a community, and to feel on your skin what that challenge and opportunity is like, then I think we’re going to keep missing the point. We’re going keep speaking for others rather than giving voice to those that can speak from firsthand experience.”

In November, she was named by El Mundo — the oldest Latino newspaper in Boston — as one of its “30 Under 30” influential young leaders in the city.

“I decided long ago that I would be in service of these communities for the rest of my life. To be loved back in that way is pretty meaningful. I’ve very much kept my head down and plugged away, not thinking anyone was noticing. To look up and receive this honor has been more than words can say,” Novas says.

“Mariel is deeply respectful and thoughtful about students’ prior experiences and identities and how they can have a powerful impact on learning,” says Professor Monica Higgins, with whom Novas works as a teaching fellow. “Here at HGSE, students see her as a true role model. When we announced her award in class, the students erupted with cheers of heartfelt appreciation.”

Receiving the recognition is not the bookend to Novas’ work with the immigrant community. Rather, it inspires her to continue to work tirelessly, often against a political tide that views immigrants negatively.

“I’ve had to make a decision about where I’m going to invest my energy,” Novas says. “And I’ll be very clear. I’m not going to invest my energy in convincing anyone of the inherent humanity and value of my community. What I hope my experience, my life story, and work demonstrate is that my focus is on building our internal fortitude to face the headwinds … so that we can feel the power in ourselves and use that to take lead.” Educators talk about the impact COVID has had on school happiness. What educators say they need now.