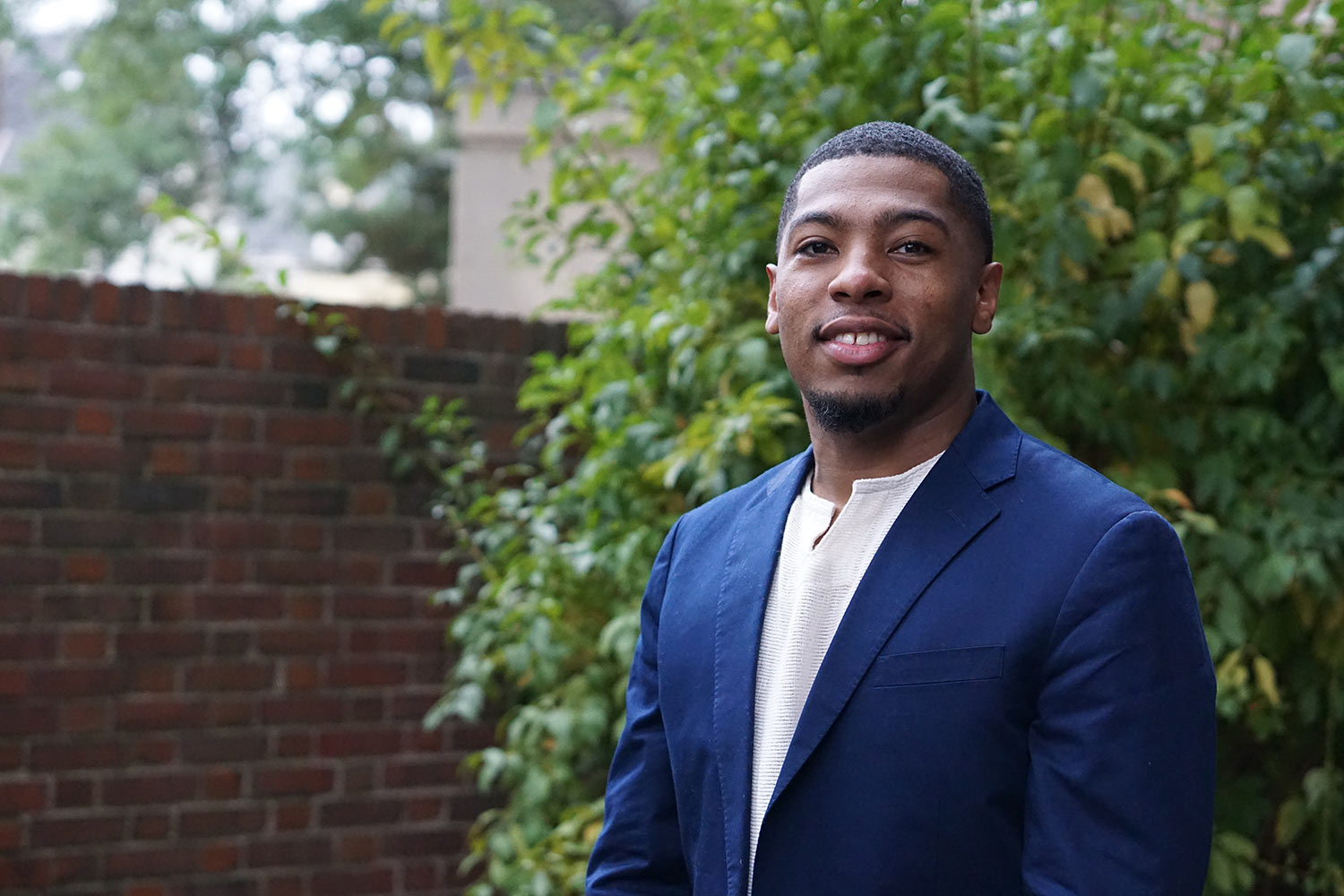 Effective July 1, 2018, Jarvis Givens will join the faculty at the Harvard Graduate School of Education as an assistant professor of education. Givens, who for the past two years has been a Dean’s Postdoctoral Fellow at HGSE, has a research and teaching agenda that falls at the nexus of the history of education, 19th- and 20th-century African American history, and black critical theory. Givens has also been appointed as the Suzanne Young Murray Assistant Professor at the Radcliffe Institute for Advanced Study.

“Jarvis’ outstanding teaching and compelling research have already made him an invaluable member of this community, and we are absolutely delighted to welcome him to the faculty,” said Dean James Ryan. “In his course on black education, HGSE students had the opportunity to deeply explore a variety of viewpoints and perspectives on the topic. And through his research, Jarvis has emerged as a leading scholar in his field. His work has shed light on black educational life both past and present, and has provided useful tools for educators to incorporate in the future. As educators, we have a lot to learn from our history, and Jarvis' scholarship and teaching will be an incredibly important resource for our community.”

During his fellowship, Givens worked on his first book, Schooling in Forbidden Fields: Carter G. Woodson and the Demands of Black Education, which is under contract with Harvard University Press. He explores how ordinary teachers and black community members put Woodson's critiques of the American school and his alternative curricula (i.e. textbooks, Negro History Week, and more) into practice during the period of Jim Crow. Givens argues that their furtive efforts and Woodson's educational ideas embodied the inherent dissident demands of black schooling, a political project developed in the context of slavery and that persisted as a site at which African Americans worked to negotiate the terms of their relation to the broader society and the world.

“I never dreamed of being a professor at Harvard. To be honest, I’m still figuring out what to make of it,” Givens said. “What I do know is that I became concerned with the idea of schooling as a technology of power some time ago — I became interested in studying how structures and policies of education have been used toward oppressive ends. But I have also been intimately familiar with how oppressed groups have appropriated technologies of learning to meet the demands of their life, their social and material realities; how education has been part and parcel of a long struggle for freedom.”

Prior to coming to HGSE, Givens completed his Ph.D. at the University of California, Berkeley in African Diaspora Studies in 2016, with a dissertation entitled Culture, Curriculum, and Consciousness: Resurrecting the Educational Praxis of Dr. Carter G. Woodson, 1875–1950.

Givens’ research program recovers stories about black educational life that holds in tension, both the prevalence of anti-black technologies of control in the American schooling project and, simultaneously, the subversive learning practices employed by African American people.

“I’m most proud of the teachers I’ve had over the course of my life, most of whom were African American. They helped me know that it is possible to create conditions where black students can be their whole selves and thrive in education,” Givens said. “I am also proud to have received my Ph.D. in African Diaspora Studies (commonly referred to as Black Studies). I think what’s unique about my work on the history of education is that it benefits from the rich theoretical toolkit I gained in my graduate training in Black Studies; this training pushed me to develop new grammars for talking about education, race, and power through the archival record and its silences. Generating this language helps us understand aspects of historical schooling experiences in more lucid terms; it opens up new ways of knowing.”

Givens will be partnering with Ula Taylor, professor of African American Studies, at University of California, Berkeley on a public history project about the Black Panther Party in Oakland, California and Boston. This project will engage students at the high school through graduate level in conducting oral histories and archival research. Givens is also laying the groundwork for his second monograph, which looks at the history of Black Teacher Associations (BTAs).

“I’d absolutely like to thank Meira Levinson and Julie Rueben for their mentorship during my time here as a post-doc,” Givens said. “They provided tremendous support as I navigated the liminal, at times confusing, professional experience of no longer being a Ph.D. student, but not yet a professor. I also want to thank Sara Lawrence-Lightfoot for helping me realize the importance of grasping at the human experience in the historical accounts I write about. In her words, ‘the story is more interesting than the facts.’ This gentle expression was (and still is) so liberating for me, as an interdisciplinary historian — it allowed me to write and think about my historical scholarship in much more imaginative ways.”