Chezare Warren, author of "Urban Preparation," explores ways in which young urban men can be guided toward academic achievement and post-secondary success.
By Matt Weber
December 7, 2017 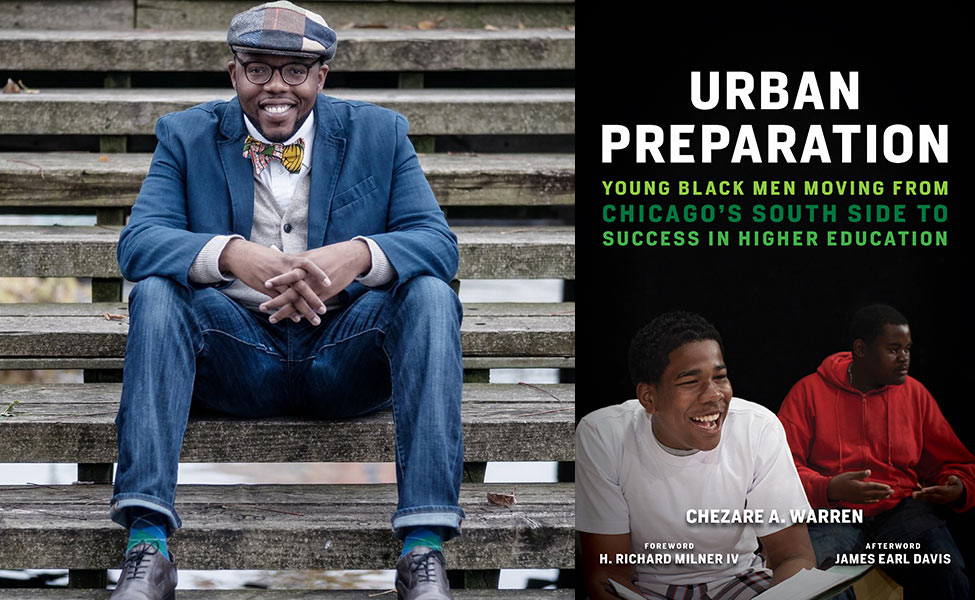 In 2006, Urban Prep Charter Academy for Young Men (also known as Urban Prep Academies) opened its doors in Chicago's South Side with the goal of providing the young black boys of its student body the tools for post-secondary success. Among the founding faculty was Chezare Warren, now an assistant professor at Michigan State University, a young math teacher who jumped at the chance to help design a curriculum for these students — many of whom had never thought college to be an option for them — that would consider their unique stories and focus on understanding the factors that would lead them to academic success. Only a few short years after opening, Urban Prep boasted — and continues to boast — a 100 percent college acceptance rate of its graduating students. The meaning of this success is not lost on Warren, and he explores it in his new Harvard Education Press title, Urban Preparation: Young Black Men Moving from Chicago's South Side to Success in Higher Education.

“We know that there are persistent images about and social constructions of young black boys as anti-intellectual, as hyper-deviant. We criminalize black boys in this society and the public imagination of black boys is generally very negative," says Warren, who in the book asks members of the first graduating class of Urban Prep to share their stories as a "counter story" to these perceptions. "So this counter story is my attempt to humanize them through their voices and the stories that they tell to really discern what it is that has helped them to travel to and through college.”

In this edition of the Harvard EdCast, Warren discusses the factors that makes Urban Prep so successsful, and reflects on urban teacher preparation, culturally responsive teaching, and critical race theory in education.