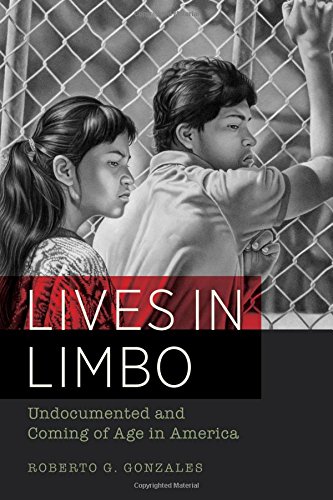 Earlier this month, the American Educational Research Association (AERA) announced its 2017 Award Winners in Education Research. Among those honored was Harvard Graduate School of Education Assistant Professor Roberto Gonzales. Gonzales is the author of the 2015 book Lives in Limbo: Undocumented and Coming of Age in America, which explores why highly educated undocumented youth share similar work and life outcomes with less educated peers, and the failures of our country’s current system to provide for their integration and success.

“This is the third major book award Lives in Limbo has received. But to be recognized by the AERA with its Outstanding Book Award is one of the biggest honors of my career,” said Gonzales. “This award could not have come at a better time. In this political moment when the topic of immigration has been front and center of the national debate, I am thankful to have the opportunity to shed more light than heat to the conversation. And the platform this award provides will allow me to make stronger bridges from my work to policy and practice.”

Lives in Limbo has been quoted in articles about undocumented students and has received praise in outlets such as The New York Times, The Wall Street Journal, The New Yorker, The Boston Globe, NBC News, and NPR, among others.

Of our nation’s undocumented immigrant population, nearly 2.5 million have lived in the United States since childhood, says Gonzales, and another 5 million American citizen children have at least one undocumented parent. This means a sizeable number of school-age population is affected by the immigration system.

“But it’s not just them. These young people are connected to peers and friends, teachers, coaches, employers, and neighbors who care about what happens to them. So, in essence, there’s a much larger segment of our nation that is impacted by our country’s broken immigration system,” said Gonzales. “People want to move beyond the political talking points and the incendiary rhetoric. I think the book speaks to people’s experiences and it also allows them to better understand those who sit in their classrooms, who play sports with their kids, and who are members of their communities.”

Gonzales and other award winners were honored as part of the AERA Annual Meeting in San Antonio, Texas on April 29.

“This year’s award winners exemplify commitment to the study and practice of education,” said AERA Executive Director Felice J. Levine in a press release shared by the organization. “We are proud to honor their outstanding scholarship and service to the field.”

West is among seven new members to the board overseeing The Nation's Report Card.

On her warrior mother, the joy of teaching middle schoolers, and why she’s known as V or Dr. V on both coasts.