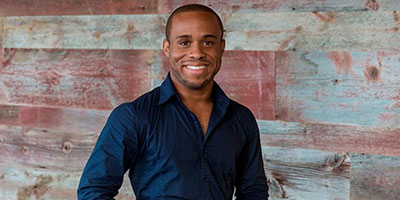 For Christopher Gray, college was always the goal. But as a child of a single mother of modest means, how could he ever afford it? Although the answer — scholarships — may seem obvious to a driven student like Gray, the reality is that identiftying scholarships is an extremely time-consuming and difficult process, especially for those who, as Gray's situation was, have no internet access at home. But, Gray found, numerous opportunities are available when one digs.

"There is all this money looking for students, and students looking for money, but they are unable to find each other," says Gray, who, through hard work, determination, and many hours devoted, was able to procure $1.3 million in scholarships, far more than he needed to complete four years at Drexel University.

Gray knew there had to be a better way. How could he create the awareness and access necessary to help other students afford college? He found the answer in Scholly, a mobile app that collects numerous scholarships opportunities and makes them easily accessible to anyone with a smartphone. He and his company gained national visibility when it appeared on the television show, Shark Tank, where Gray made a deal with two of the investors which helped him grow Scholly.

In this edition of the Harvard EdCast, Gray — recently named one of Forbes' 30 Under 30 — speaks to guest host Jill Anderson, about how technology can be leveraged to create educational opportunity for all.