A memorial service honoring the life of Yan Yang will be held at HGSE's Gutman Conference Center on Monday, December 7 at 2 p.m. The service will be live-streamed at http://media.video.harvard.edu/core/live/gse-live.html. 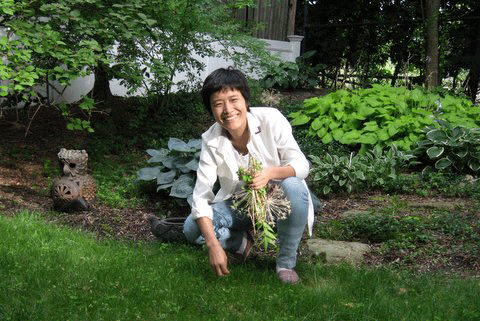 The Harvard Graduate School of Education community is remembering Yan Yang, Ed.M.’10, a doctoral student who died unexpectedly on Thursday, November 12. A passionate researcher and educator, Yang has spent many years studying curiosity, and teaching and learning as exploratory experiences.

“Our thoughts are with Yang’s family, friends, and mentors,” says Dean James Ryan. “Yang was a bright, kind, and dedicated educator, who was full of promise and passion. This is a heartbreaking loss for our entire community.”

Yang came to HGSE in 2009 to study under the Arts in Education Program and continued in the Cultures, Communities, and Education doctoral concentration. Though initially focused on early childhood education and the arts, Yang’s attention shifted. She sought ways to help deep learning happen — at any age, and in any subject matter — and to study closely what that learning involved.

“Yang was passionately fascinated by the role of curiosity in learning and the generation of questions and theories in the individual mind,” says Senior Lecturer Steven Seidel, director of the Arts in Education Program. “Yang combined a fantastic exuberance with a fierce commitment to her values and interests. She was demanding and exacting in her intellectual work and had no interest in compromising to rules or habits simply because others followed them. … When she spoke, she spoke with an honesty and directness that at first could be surprising, but in time I believe we all knew we were about to hear something that would reflect a unique perspective.”

Prior to enrolling at HGSE, Yang attended Nanjing Normal University (NNU) as an undergraduate and graduate student where she studied early childhood education. Her friend of 15 years, Helen Huang, a Harvard Divinity School alum, remembers Yang as a top student with a “great curiosity about education and great passion for humanity.”

Coming from Changzhou, Jiangsu, China, Yang, whose first name means bright and sunny, worked hard to further her own education. According to doctoral candidate Chen Chen, Ed.M.’10, who first met Yang in China upon discovering they had both been accepted to HGSE, she endured many struggles growing up, including the loss of her father at a young age and severe family financial hardships. Chen says that Yang’s acceptance to Harvard was a true testament to her hard work and ability to persevere.

At Harvard, Yang saw the world of education and research through a unique lens and quickly became enraptured with the courses taught by Professor Eleanor Duckworth, particularly those focused on “critical explorations.” 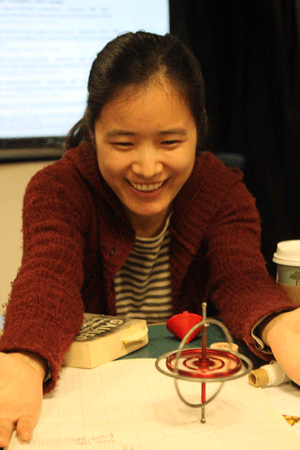 Yang was actively involved in the Harvard Educational Review and Out of Eden Learn, an online learning environment under Project Zero. She also worked as a teaching fellow for many courses, including Professor Terrence Tivnan’s statistics class.

“She worked so hard and took the students’ work so seriously. We would discuss students’ papers, on which she had made extensive comments,” Tivnan says. “I was amazed at her insights into how the students were thinking. She always wanted to give them constructive and careful feedback that would help them learn even more. I am sure she often worked harder on the papers than the students did. She loved being a careful observer of their thinking and learning.”

Beyond her work as a researcher and educator, Yang was known among her friends as thoughtful, sensitive, and extremely hospitable. She was quick to offer a place to stay for friends in need and regularly hosted dinners at her apartment, often inviting a new mix of friends.

“She loved to take care of her friends. She loved inviting people to her apartment,” says Chen.

Following dinner, Yang often shared her passion for astronomy, guiding her guests to look through her balcony telescope to catch a view of Saturn or study the moon. “She would literally look at the moon for hours and turned it into her qualifying paper, which studied how you can understand the phases of the moon through observation,” Chen recalls.

In addition to the dinners and astronomy lessons, her friends will miss Yang’s remarkable ability to listen closely and act as a mentor.

“It was her who encouraged me to pursue what I am truly interested in, who helped me altruistically with my academic learning and who introduced me to lectures, activities, and professors in Harvard,” says Fang Jia, of Lesley University. “During the last time we met, Yang discussed with me about my career goals and the possibility of switching to other programs. She provided her suggestion with deep analysis and convincible reasons, that I believe came from her deep caring of me.”

Read Out of Eden Learn's rememberance of Yang.

To make a donation in Yang's honor to help support her family, visit crowdrise.com/inmemoryofyanyang/.