Raising the Bar for America’s Teachers

Joe Doctor, Ed.L.D.’13, is bringing about a transformation in the teaching profession.
By Brigham Fay
June 10, 2015 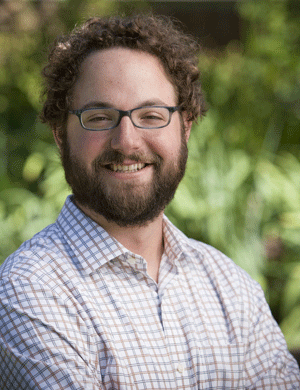 It was seeing the data that was a defining moment for Joe Doctor.  Discovering thousands of high schools with graduation rates under 60 percent threw his beliefs about American education into sharp relief — our current system is failing to support all students to learn at the levels they need and deserve.

“I still remember the two-inch thick printout of the report, listing each high school by city and state that was losing more than 40 percent of its incoming ninth-grade students,” says Doctor. “That’s millions of students not being served by the current system.”

The belief that the system fails too many of our children drives every student and graduate of HGSE’s Doctor of Education Leadership (Ed.L.D.) Program. They come to the program not to reform the system as it exists, but to rethink what American education can and should be. For Doctor, a member of the Ed.L.D.’s first cohort, what it should be is supportive of teachers in their work with students.

“To truly redesign — to transform — the system means shifting from the industrial, assembly-line model of schooling to much more dynamic teaching and learning,” he says. “It’s clear the system will have to view teachers as the professionals doing the work that matters most.”

Doctor is senior vice president, strategy and policy, at the National Board for Professional Teaching Standards. Founded in 1987, the Board develops and maintains high and rigorous standards for what accomplished teachers should know and be able to do and provides a national voluntary system certifying teachers who meet these standards, going beyond licensure. The standards and the certification process are created for teachers, by teachers, a critical part of the Board’s vision. Doctor’s role is to build support for the organization’s philosophy: by modeling teacher preparation and development after training in the medical profession, we can substantially raise the caliber of teaching in this country.

“The set of ideas for what this would look like have been around for at least 30 years,” says Doctor. “But we simply haven’t generated the political courage and the broad coalitions necessary to flip the system.”

With only approximately 3 percent of American teachers currently Board-certified, Doctor is leading nationwide efforts to make certification the norm. These include revising the certification assessment, partnering with influential organizations, and promoting the medical model with the national unions and other key stakeholders.

Doctor had already homed in on issues of teacher quality when he came to the Ed.L.D. Program as the Broad Foundation Fellow. Through the program, he was connected to the work of the National Board, and he spent his third-year residency leading the development of the organization’s five-year strategic plan. In his current role, Doctor leads the Board’s policy efforts, engaging federal, state, and local policymakers to integrate board certification into American education. He also heads up high-profile strategic projects, most notably the Network to Transform Teaching, which works with the Carnegie Foundation for the Advancement of Teaching and stakeholders from four states and two districts to increase Board-certified teachers and connect them to instructional leadership roles in high-need schools.

Doctor says the preparation he received in the Ed.L.D. has been critical to moving into this role and succeeding at it, providing a better understanding of the education sector as a whole, with its history and its complexities, and a foundation in teaching and learning that helps him collaborate and build relationships with teaching experts.

And the program’s signature residency helped him put it all into practice. “I saw the potential the Board had to be a lever for change in the sector,” he says. “Then I got to try it out and became even more compelled by the potential of professionalizing teaching. I really wanted to do the work to carry the strategy forward.”

Doctor will undoubtedly utilize all the Ed.L.D.’s tools as he continues to pursue this vision: by boosting the number of accomplished teachers, those alarming lists of high-dropout schools will get a lot shorter.