Envisioning the Future of Education

Professor Paul Reville’s Education Redesign Lab expands notions of schooling in order to serve all children.
By Brigham Fay
May 4, 2015 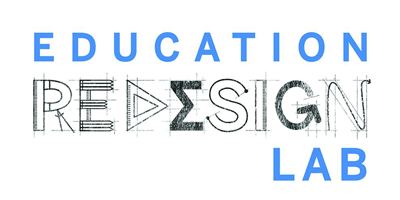 “Doing well isn’t good enough” was something of a motto for Professor Paul Reville when he served as secretary of education for the Commonwealth of Massachusetts. While he takes pride in the state’s successful reforms and first-place status nationally, Reville feels that these efforts fell short of the ultimate goal: preparing all of our children for success in the 21st century.

“If we’re serious about this goal of ‘all means all,’ that we’re going to educate all of our kids — not just some — to a high level, and if we’re serious that it’s not just a moral imperative but an economic imperative, the question is how do we get the job done?” says Reville.

The Education Redesign Lab — Reville’s new initiative at the Harvard Graduate School of Education — aims to play a leadership role is answering that question. They want to drive the national conversation about rethinking education for the 21st century through convenings, as well as advocacy, research, and program development.

Reville argues that no matter how much we improve the current system, it remains ill-suited to preparing students for today’s high-skill, high-knowledge economy.

“We are using the same delivery system that was designed and built in the early 20th century, a very different time, to accomplish a different mission. Its goal was to prepare lots of people very quickly for a low-skill and low-knowledge economy, to batch-process, mass-produce education,” says Reville. “There’s an implicit belief that if you can just get school right in this one-size-fits-all model, everybody who goes through that school will come out at the other end ready for success. But the data tell a different story.”

What the data reveal are deep, persistent achievement gaps that school reforms alone have failed to mitigate. So Reville is calling for a redesign of our systems for youth and child development and education — “a new engine to power education in the 21st century.” He has identified three initial elements that will be critical its design:

Implementing this comprehensive notion of education will involve many voices, bridging policy, practice, and research. The Lab will draw on the research expertise of HGSE faculty and graduate students, and colleagues at institutions across the country to build a body of knowledge that will guide its work. Partnering with districts and communities throughout the United States will allow the Lab to study practice in the field, examining how pockets of success can be brought to scale. Partnerships within the university will be critical as well; Reville is talking with colleagues at the Harvard T.H. Chan School of Public Health, Harvard Medical School, and the Harvard Kennedy School. “The essence of our work is to break down the silos,” says Reville.

It is an ambitious effort that exemplifies the kind of collaborative, interdisciplinary initiative that Dean James Ryan has championed in his strategic vision for HGSE.

“The Education Redesign Lab holds great promise for building a new model for education that serves all learners and that is designed to foster 21st-century skills and knowledge,” says Ryan, whose Dean’s Venture Fund provided initial financial support to launch the Lab’s work. “Under Paul’s strong leadership, we will utilize evidence-based research, convene thought leaders, and work with partners in the field to develop and test strategies for change. This is a project that could redefine education in the United States, and I’m eager to see the results.”

It is also a project for which HGSE is uniquely qualified, according to Reville. “Articulating a vision for what education ought to look like in the future should be central work for a school of education,” he says. “Because of Harvard’s strong reputation and potent convening power and because of the excellent example we have here in Massachusetts, both with the achievements of and limitations of current education reform work, this seems like an ideal place and time to do that work.”

The work is already underway. In March, the Lab hosted a national convening on labor-management collaboration together with the Massachusetts Education Partnership, and it will host an upcoming convening on the topic of personalized learning. Reville, who penned an April 2014 Education Week commentary, “Stop the Tinkering: We Need a New K–12 Engine,” has been traveling the country speaking about his ideas and reaching out to potential partner organizations. And students in HGSE’s Doctor of Education Leadership Program have begun creating an asset map, identifying examples from across the country of successful efforts in each of the Lab’s design areas.

A recent $1 million gift from Andrew and Linda Hammett Ory, Ed.M.’93, to the Education Redesign Lab will help advance its bold agenda. “The big boost we’ve received with this generous gift enables us to speed up our work,” says Reville, who aims to amass a significant body of work — including fieldwork, research, and advocacy platforms ­— over the next three to five years. Further, he hopes to generate conversation around the Lab’s mission and a high level of engagement from education leaders in reimagining what public education can be.

“It’s a very exciting set of challenges. I think it’s central to our society’s future,” says Reville. “I can’t think of any more important work to be doing right now than to think about how we educate and develop our most important human resource: our children.” With recent gifts of $3.2 million, EdRedesign will establish the program to help communities redesign their systems of support and opportunity for children and youth.