A Leader on the Rise, and Thinking Big 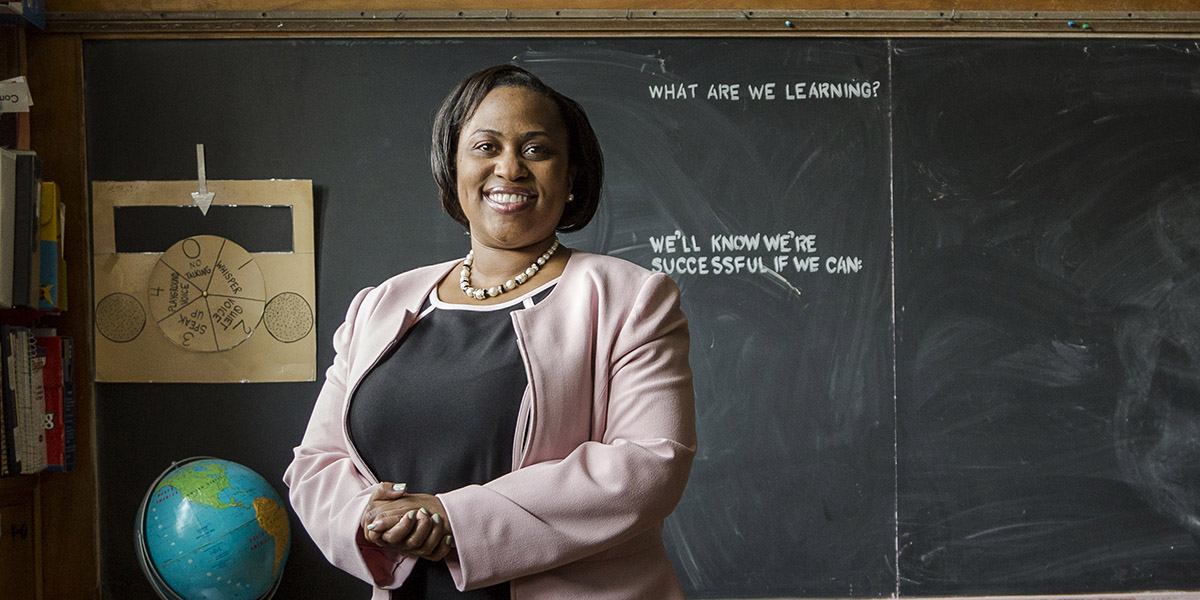 Reform was on the mind of Darienne Driver Hudson, Ed.M.’06, Ed.D.’14, when she joined the Milwaukee Public Schools (MPS) as its first-ever chief innovation officer. Central to the many challenges the district faced: equity.

Promoted to the role of superintendent in 2014, Driver Hudson — the first woman to hold the position and one of the youngest — remained focused on closing the opportunity gaps within her district. At the time of her appointment, Milwaukee served more than 77,000 students, with 87 percent being students of color, 80 percent living in poverty, 20 percent receiving specialized education, and 10 percent being English language learners.

Her key leadership initiative, the Eight Big Ideas, was a districtwide strategy, with an emphasis on equity, aimed at improving student achievement and outcomes, increasing community engagement and partnerships, and tightening internal operations. The initiative spurred successes during her tenure at MPS, including expanding summer school, reintroducing an arts curriculum, updating policies on gender inclusion, and increasing school-community partnerships. The four-year graduation rate also ticked up, and scholarships for high school seniors increased considerably.

"The issues we have are really complex. There’s no quick answer to any of them,” Driver Hudson told the Milwaukee Journal Sentinel when she left MPS in 2018. But the complexity of the challenge won’t stop Driver Hudson from trying.

Now, as president and CEO of the United Way of Southeastern Michigan, based in Detroit, Driver Hudson continues the work to mobilize communities to fight for the common good, helping to provide programs in health, personal finance, and — of course — education. Building on prior leadership experiences in the Philadelphia public schools and as chair of the Council of the Great City Schools, Driver Hudson remains committed to a bold vision for collective change.

“I couldn’t imagine doing anything else,” said Driver Hudson during a visit to the HGSE in 2017. “I believe education is transformational and a great equalizer. We need to do everything we can to benefit from education, because that’s how you preserve the future with those coming behind us.” – Marin Jorgensen

Read about the influence of the Urban Superintendents Program.