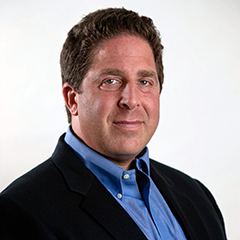 Rick Hess is a resident scholar and the director of education policy studies at the American Enterprise Institute, where he works on K–12 and higher education issues. He is the author of Education Week’s blog “Rick Hess Straight Up” and is a regular contributor to Forbes and The Hill. Since 2001, he has also served as an executive editor of Education Next. His books include Letters to a Young Education Reformer, Bush-Obama School Reform: Lessons Learned, and Cage-Busting Leadership. He has also edited numerous Harvard Education Press volumes on topics such as the Every Student Succeeds Act, the role of for-profits in education, education philanthropy, school costs and productivity, the impact of education research, and No Child Left Behind. Rick has been published in scholarly outlets such as American Politics Quarterly and Social Science Quarterly, as well as popular outlets including National Affairs, The New York Times, and The Washington Post. He teaches or has taught at the University of Virginia, the University of Pennsylvania, Georgetown, Rice, Johns Hopkins, and Harvard University. Hess began his career as a high school social studies teacher. He holds an M.A. and Ph.D. in government, as well as an Ed.M. in teaching and curriculum, from Harvard University.