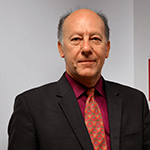 2013: Jeanne Brooks-Gunn Ed.M.'70
Professor of Child Development at Teachers College and the College of Physicians and Surgeons at Colombia University; Director of the National Center for Children and Families, New York, NY 2004: Stephen W. Raudenbush Ed.D.'84
Professor, School of Education and Survey Research Center, and, by courtesy, Department of Statistics and Sociology at The University of Michigan

Note: The position listed is the position held at the time of the award.